Summary for teachers of lesson’s objectives:

My research told me how important it is, for my students, that I work to build a collaborative virtual classroom in which they can produce their Catholic school’s new online newspaper.  In collaborative learning students:

“are not passive receptacles but are active in their process of knowledge acquisition as they participate in discussions, search for information and exchange opinions with their peers. Knowledge is co-created and shared among peers, not owned by one particular learner after obtaining it from the course materials or instructor. The learning process creates a bond between and among learners as their knowledge construction depends on each other’s contribution to the discussion” (Brindley, Walti, and Blaschke, 2009).

To me, this defines the culture necessary for students to effectively collaborate on producing a newspaper. Connectivism (Siemens, 2005), which addresses technology and learning, “recognizes that in the online learning environment, seeking and constructing knowledge is most often accomplished through interaction and dialogue”(Brindley, Walti, and Blaschke, 2009). One question I had from my research was how do I nurture these goals of collaboration and connectivism when the students aren’t in the same room, or, same country? Brindley et al. (2009) propose using a four-step process they say was first suggested by Siemens (2002), for online courses: 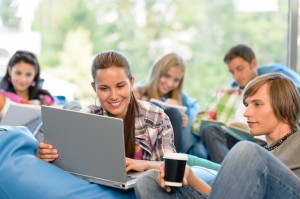 People sharing ideas and working together in a loose environment

People doing things together, but each with his own purpose 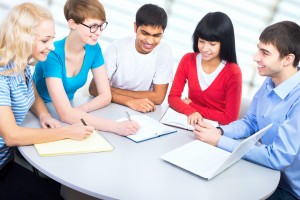 People striving for a common purpose

The authors suggest using this process over and over again for increasingly difficult assignments throughout a course. I will use these four C’s in my lesson plans for this Final Project.

Activity: The 5 W’s of News

(Communication) Students say their name, and what city/country they are in, and how they are getting their news (newspapers, online newspapers, other online sources, cable shows, etc., and how they view the news: phone, tablet, laptop, TV, radio) Visual: Teacher keeps a running tally or chart on the Adobe Connect screen of the different sources and devices used. An example of the Adobe Connect screen on the right is like the one used in class. This screen shot is from http://www.adobe.com/aboutadobe/pressroom/

Use the Vatican white smoke story to discuss the 5 W’s of news:

Ask the students to go on “chat” during class and see what big stories in the news they can come up with in their chat group, and then which category or categories of news (noted above) those stories fall under. 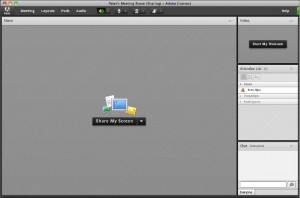 (Chat is part of the online classroom. It is seen in the lower right of the screen shot above.) Then ask a representative (of their choosing) from the boys’ group and a representative from the girls’ group to present their ideas. Visual: The teacher will write their story topics under the categories they selected on the screen.

(Introduction to next week’s topic) Who is a reporter? (Interviewers, writers, photographers, bloggers, ancient scribes, etc., are they all reporters?) Visual: Put pictures on the screen of different reporters in different circumstances. Mention the famous reporters such as Nellie Bly, Samuel Clemens, Hemingway, Margaret Bourke-White, and Herodotus. 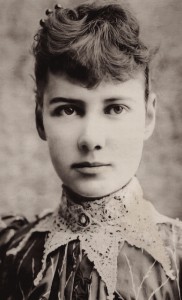 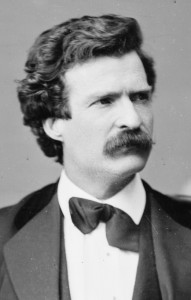 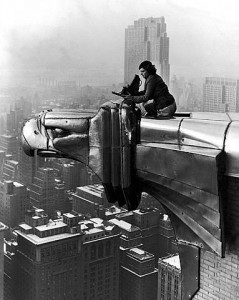 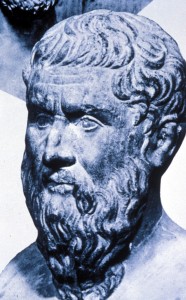 What are the responsibilities of a reporter (storyteller, observer, historian)? Teacher will explain that the next Unit will look at reporters and the roles they play at newspapers and online news sources.

Introduce Walter Williams’ Journalist’s Creed. Discuss a phrase from the creed each week. This week: “I BELIEVE IN THE PROFESSION OF JOURNALISM.” What does the word “profession” tell you about Walter Williams’ perspective on his work as a journalist?  This is the link to the University of Missouri School of Journalism website http://journalism.missouri.edu/jschool/ that talks about Williams setting up the world’s first journalism school at MU, and his Journalist’s Creed which is in bronze at the Washington Press Club in the nation’s capital.

Teacher explanation: In this exercise students will need to make up a phrase and turn it into news. First, students need to think of an unexciting phrase and then add a second phrase that turns the sentence into an interesting sentence –one that makes people want to know more about the event.

Phrase 1: The day started out like any other quiet day in central California –

Phrase 2: but that all changed when the earthquake hit at 9:06am.

Visual: New York Times story from 3/24/13 about the lunch shared by Pope Francis and the former Pope Benedict.

Phrase 2: except perhaps when the two people eating are a pope and his predecessor.”

Boys: (Cooperation and Community) Working together, make one list of ten statements that are not news for next week. Then, in class next week, the girls will have to figure out one fact phrase to add to the statements to make it newsworthy. (Email the boys a list of all the boy emails.)

Girls: (Cooperation and Community) Working together, make one list of ten statements or phrases that are not news for next week. Then, in class next week, the boys will have to figure out one fact phrase for each statement to make it newsworthy. (Email the girls a list of all the girl emails.)

Students: Watch or read your personal favorite source of news for at least five minutes each day. What was news on that news source that was not news on another news source?

Assessment: Homework will let the students show their ability to identify news. Also, this exercise will let the teacher see how well students are collaborating with each other.